The Sense of Hearing: Audioception 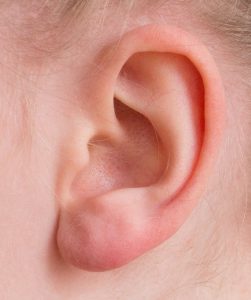 Senses are the brain’s capability to process information from the surrounding environment, commonly referred to as “perceiving.” It’s important to know that each sense is a system of sensory cells that corresponds to a particular region of the brain where signals are received and then interpreted. In humans, there are a variety of senses. Today, we are focusing on the sense of hearing, otherwise known as “Audioception,” and how it’s affected by Sensory Processing Disorder.

In the broadest sense, hearing is about vibration. Sound itself is vibrations that travel through the air, our bodies ability to detect these vibrations is known as the sense of hearing. There are mechanoreceptors are located in the inner ear, pick up these vibrations and pass them through tiny bones called the ossicles and into the cochlea where it is then turned into electrical nerve pulse signals for the brain to interpret.

When someone has Sensory Processing Disorder, their ability to handle sound vibration can either be hypersensitive or hypo-sensitive. Hypersensitivity is caused by a malfunction of the stapedius. The stapedius muscle contracts in responses to loud noises to protect our ear drum. When this fails to happen, noises appear much louder and the ability to filter our background noise is difficult. On the other side of the coin, hypo-sensitivity where the child cannot distinguish sounds or looks for louder sounds.

Here are some indicators that your child might be hypersensitive or hypo-sensitive to noise:

In some cases, your child might have what is referred to as Auditory Processing Disorder, where they have the ability to hear but struggle to process what they are hearing.

Well known example of this is demonstrated below:

The primary difference between this and hyper/hypo sensitivity is the problem lies with the understanding of the sounds rather than the volume of the sounds. The number of children with Auditory Process Disorder is estimated between 2-7%.

There are four types of auditory processing disorders:

Here are some indicators that your child might have Auditory Processing Disorder:

When your child is suffering from either hyper/hypo sensitivity or Auditory Processing Disorder it can have a direct impact on their communication, their academic life, and their social skills. If you feel that your child might need help contact a speech and language pathologist or your school psychologist.