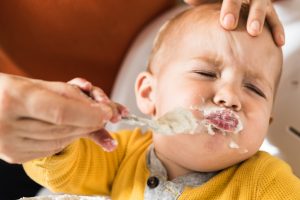 Tactile Discrimination Disorder – a child that suffers from this is not able to process things that they touch, they must be able to see it.

Some common signs of tactile discrimination disorder include:

Auditory Discrimination Disorder – children who suffer from this disorder are sometimes misdiagnosed with ADHD or get in trouble for never listening. When a child suffers from this disorder they have a very hard time separating background noise from the noise of a teacher or parent.

Unlike over-responsiveness and under-responsiveness, discrimination disorders are harder to pinpoint and are frequently misdiagnosed due to the behavior problems associated with school. However, there are many ways to help your child, such as signging them up for occupational therapy.