The Sense of Smell: Olfaction 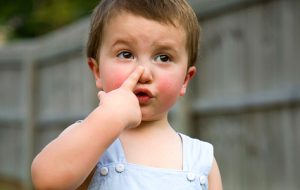 Senses are the brain’s capability to process information from the surrounding environment, commonly referred to as “perceiving.” It’s important to know that each sense is a system of sensory cells that corresponds to a particular region of the brain where signals are received and then interpreted. In humans, there are a variety of senses. Today, we are focusing on the sense of smell, otherwise known as “Olfaction,” and how it’s affected by Sensory Processing Disorder.

Smell, much like taste, is a “chemical” sense. While we perceive smell to be a very simple process, there are so many chemical and physical things going on in your body to make it happen. There are over 300 olfactory receptors working in tandem with specific molecular features and receptors to make up what we perceive as the smell of an incoming molecule.

Olfactory receptors often die and regenerate on a relatively regular basis, which is different than other neuron receptors. The sensory receptors that pick up chemicals, called chemoreceptors, get “tired” after a certain amount of time, which is why many times you will be in a smelly room and will forget that the room smells after a while. Once your chemoreceptors are given a chance to recover, they will usually be back to normal.

For example, many studies suggest that over 80% of what we perceive as taste is actually due to how the food smells. As we touched on before, taste and smell go hand in hand when it comes to children becoming picky eaters. Finding out foods that smell good to your child is a good start, as what they smell will ultimately be what they taste when they eat. Making food that smells good is like giving your food to a culinary plastic surgeon: it will be infinitely more appealing if there is a good smell along with it.

A child with sensory processing disorder will have a hard time categorizing foods and other scents into their respective smells. This, just like taste, will often lead to your child being a picky eater, or will make them more likely to avoid situations in which they think they will be exposed to smells that are too much for them to handle.

Children with SPD, or similar diagnosis on the autism spectrum, often smell many objects or complain about things that they think smell bad. This is just like any other sensory overload that your child is experiencing, only they are able to explain to you how it is affecting them. While it is hard for us to perceive how a child is affected by not perceiving how objects are moving, we all know what it feels like to smell something that makes you uncomfortable.

Because we understand where our children are coming from when it comes to olfactory perception, it is important to know our child’s reactions. If they have similar facial patterns or verbal reactions to a certain object or food, it is a good idea to keep them at a distance until they are able to handle being around the object. It is important to remember that while the sense of smell might not seem as important as touch or vision, it can still be incredibly uncomfortable for your child if they are placed in the wrong situation. Always do your best to put them in a situation to succeed, whether that is introducing them to new smells to get them used to new sensations, or placing them in a neutral-smelling environment when you need them to perform a task.

If you have any questions, please don’t hesitate to contact us. We are here for you!