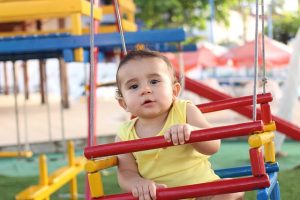 The definition of sensory modulation is the brain’s capability to respond in the correct fashion to the surrounding environmental stimuli and the ability to remain at the correct level of responsiveness. In the most basic form, sensory modulation is how we make sense of the physical world and how we place ourself within that world. We do this by using our 8 senses previously mentioned in earlier blog articles.

Typically, sensory modulation happens automatically, without thinking and without any effort. Our brains take in stimuli, filters out irrelevant stimuli and our muscles perform the correct actions accordingly. But if your child is suffering from Sensory Modulation Disorder, the process isn’t as automatic and requires effort. The perception of the stimuli gets muddled and the child’s corresponding action seems illogical.

Within Sensory Modulation Disorder there are three main types:

Over-responsiveness is categorized as an exaggerated response of the nervous system to sensory input. One common type of over-responsivity is motion sickness. People who are over-sensitivity to their vestibular sense may develop motion sickness as a response to fast movement. During an over-responsiveness behavior, the nervous system goes into “fight or flight” mode even when there is no real danger present but the brain perceives it as such. They feel as if they are being constantly bombarded with information.

Common symptoms of over-responsiveness behavior include:

Under-responsiveness is the opposite of over-responsiveness. This is the lack of response to environmental stimuli. Children might be “checked out” or “day dreaming”. Or they are very unfocused on what is happening around them. They also tend to be uncoordinated and may have difficulty with fine motor skills.

Common symptoms of under-responsiveness behavior include:

The nervous system of a sensory seeking child needs intense and frequent input in order for the sensation to even be processed by the brain.

If you feel that your child is suffering from Sub Type 1 of Sensory Processing Disorder: Sensory Modulation Disorder, then you should contact an occupational therapist. In a fun and safe atmosphere, you can work on sensory integration therapy to help them with their difficulties. If these issues are not addressed early on adults with Sensory Modulation Disorder can develop depression, anxiety, mood swings and become reclusive.